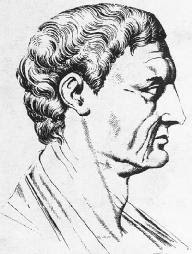 Political science studies the tasks of the politician or statesman (politikos), in much the way that medical science concerns the work of the physician (see Politics IV.1). It is, in fact, the body of knowledge that such practitioners, if truly expert, will also wield in pursuing their tasks. The most important task for the politician is, in the role of lawgiver (nomothetês), to frame the appropriate constitution for the city-state. This involves enduring laws, customs, and institutions (including a system of moral education) for the citizens. Once the constitution is in place, the politician needs to take the appropriate measures to maintain it, to introduce reforms when he finds them necessary, and to prevent developments which might subvert the political system. This is the province of legislative science, which Aristotle regards as more important than politics as exercised in everyday political activity such as the passing of decrees (see EN VI.8).

Aristotle frequently compares the politician to a craftsman. The analogy is imprecise because politics, in the strict sense of legislative science, is a form of practical knowledge, while a craft like architecture or medicine is a form of productive knowledge. However, the comparison is valid to the extent that the politician produces, operates, maintains a legal system according to universal principles (EN VI.8 and X.9). In order to appreciate this analogy it is helpful to observe that Aristotle explains the production of an artifact in terms of four causes: the material, formal, efficient, and final causes (Phys. II.3 and Met. A.2). For example, clay (material cause) is molded into a vase shape (formal cause) by a potter (efficient or moving cause) so that it can contain liquid (final cause). (For discussion of the four causes see the entry on Aristotle's physics.)
One can also explain the existence of the city-state in terms of the four causes. It is a kind of community (koinônia), that is, a collection of parts having some functions and interests in common (Pol. II.1.1261a18, III.1.1275b20). Hence, it is made up of parts, which Aristotle describes in various ways in different contexts: as households, or economic classes (e.g., the rich and the poor), or demes (i.e., local political units). But, ultimately, the city-state is composed of individual citizens (see III.1.1274a38–41), who, along with natural resources, are the “material” or “equipment” out of which the city-state is fashioned (see VII.14.1325b38-41).
The formal cause of the city-state is its constitution (politeia). Aristotle defines the constitution as “a certain ordering of the inhabitants of the city-state” (III.1.1274b32-41). He also speaks of the constitution of a community as “the form of the compound” and argues that whether the community is the same over time depends on whether it has the same constitution (III.3.1276b1–11). The constitution is not a written document, but an immanent organizing principle, analogous to the soul of an organism. Hence, the constitution is also “the way of life” of the citizens (IV.11.1295a40-b1, VII.8.1328b1-2). Here the citizens are that minority of the resident population who possess full political rights (III.1.1275b17–20).
The existence of the city-state also requires an efficient cause, namely, its ruler. On Aristotle's view, a community of any sort can possess order only if it has a ruling element or authority. This ruling principle is defined by the constitution, which sets criteria for political offices, particularly the sovereign office (III.6.1278b8–10; cf. IV.1.1289a15–18). However, on a deeper level, there must be an efficient cause to explain why a city-state acquires its constitution in the first place. Aristotle states that “the person who first established [the city-state] is the cause of very great benefits” (I.2.1253a30–1). This person was evidently the lawgiver (nomothetês), someone like Solon of Athens or Lycurgus of Sparta, who founded the constitution. Aristotle compares the lawgiver, or the politician more generally, to a craftsman (dêmiourgos) like a weaver or shipbuilder, who fashions material into a finished product (II.12.1273b32–3, VII.4.1325b40–1365a5).
The notion of final cause dominates Aristotle's Politics from the opening lines:
Since we see that every city-state is a sort of community and that every community is established for the sake of some good (for everyone does everything for the sake of what they believe to be good), it is clear that every community aims at some good, and the community which has the most authority of all and includes all the others aims highest, that is, at the good with the most authority. This is what is called the city-state or political community. [I.1.1252a1–7]
Soon after, he states that the city-state comes into being for the sake of life but exists for the sake of the good life (2.1252b29–30). The theme that the good life or happiness is the proper end of the city-state recurs throughout the Politics (III.6.1278b17-24, 9.1280b39; VII.2.1325a7–10).
To sum up, the city-state is a hylomorphic (i.e., matter-form) compound of a particular population (i.e., citizen-body) in a given territory (material cause) and a constitution (formal cause). The constitution itself is fashioned by the lawgiver and is governed by politicians, who are like craftsmen (efficient cause), and the constitution defines the aim of the city-state (final cause, IV.1.1289a17–18). For a further discussion of this topic, see the following supplementary document:
Posted by Sagar at 8:24 PM